Davis Chapter of the League of Women Voters Restart 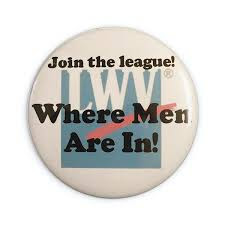 A group of citizens would like to renew the Davis Chapter for The League of Women Voters.

What is the League of Women Voters?

The League of Women Voters (The League) is a National Organization with chapters in cities throughout the United States. The League of Women Voters was formed as a non-partisan political organization to encourage informed and active participation in government. The league works to increase understanding of major public policy issues, and influences public policy through education and advocacy.  In each election cycle The League launches a program on specific issues related to State and National Politics. While at the local level, the League’s Chapters also analyze and educate regarding local and regional issues.

What is Davis Civic Energy (www.civenergy.org)?

Why do I care?

As our City considers the information developed by planning consultants and the Downtown Plan Advisory Committee (DPAC), this information will create a list of needs and wants to be incorporated into the update to the General Plan.  To make this effort of creating a new and improved General Plan, Davis Civic Energy and the renewed League of Women Voters have aligned to facilitate easy input of discussion topics from the community. Topics that we hope will better inform the City in this update of our General Plan and engage our citizens.

What topics? You decide!

Please join us on Wednesday, May 29 at 7 pm for our first meeting. Location is the Wunderbar located at 228 G Street in Davis.

For more information please contact: Bob Fung at bob@civenergy.org or Georgina Valencia at georginavalencia@sbcglobal.net or Mary Jo Bryan at mjbryan6642@gmail.com