UC Davis Provost Hexter To Step Down in 2020 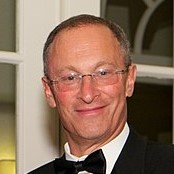 Ralph Hexter who has been the provost and executive vice chancellor of UC Davis since 2011, announced that he will step down from his campus leadership positions at the end of the academic year.  He will be going back to to his teaching and research in classics and comparative literature.  After Linda Katehi resigned in 2016, Hexter became the interim chancellor until Gary May was appointed chancellor in 2017.

Among his many accomplishments, Dr. Hexter,helped guide UC Davis through the national debate over free speech.  “In these contentious times, it is more than ever crucial that we improve our capacity to conduct debates and dialogue — that is, if we want our university to be a true community, and also a true scholarly community, one that fearlessly pursues truth by critically engaging with the broadest range of ideas,” Hexter said in his 2016 Fall Convocation address, “Inspiring Dialogue and Community,”